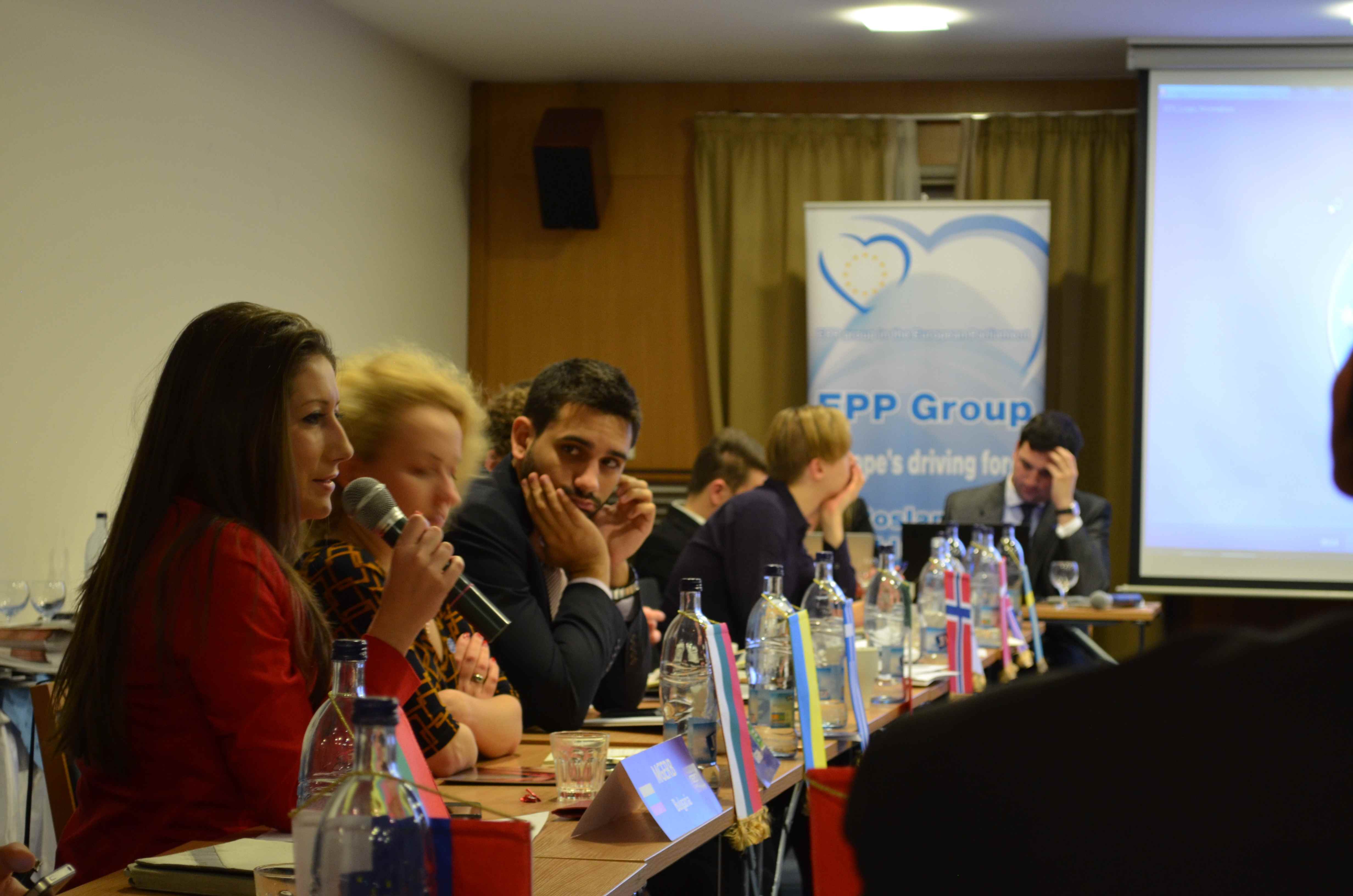 „Living Together in Diverse Societies – A Youth Approach to the Intercultural Dialogue with the Roma Minority.“ – EDS meets in Slovakia

Between the 4 and 9 of December EDS gathered in Trnava, Slovakia for a seminar organized by its full member, Občiansko-demokratická mládež (ODM) and supported by the Council of Europe under the title „Living Together in Diverse Societies – A Youth Approach to the Intercultural Dialogue with the Roma Minority“. The second event of EDS’ working year was dedicated to one of todays’ Europe’s most important and relevant issues, namely the Roma integration. The aim of the event was to learn more about Roma people, their living conditions, traditions, history and situation in Europe thus helping mutual understanding and also fostering the integration process of the Roma minority.

In order to create a proper base for the work during the week the participants started the event with an opening session on the history of Roma people since the understanding of the situation of Roma people can’t be complete without fully understanding their background. Another important component for the successful work of the delegates was the discussion of the meaning of the three key terms of stereotype, prejudice and discrimination. These introductory parts were followed by a group sessions which was aiming to answer the questions:“What do we know of the Roma minority – prejudices vs. facts?”Finding out about the prejudices living in us and facing them served asa good start on which next activities could build upon.

Before looking at the wider picture the participants first learned about the Roma situation in Slovakia. The speaker of the panel wasMUDr. PéterHunčik, psychiatrist, professional in nation cohabitation and former advisor of President Havel.Dr.Hunčik has been involved for a long time in training people to overcome ethnic tension. In his opinion ethnic tension is caused by a lack of information about the other ethnical group on both sides. Therefore training was created in which he trained certain ethnical groups to create self-knowledge, to learn to communicate thus they can integrate better to the mainstream society. Mr Hunčik’s speech raised many questions and many EDS delegates talked about their experience with Roma minority in their countries, presented the current policies and proposed some possible solutions.

The delegates had the opportunity to see a success story which was presented as a short video presentation. The short film showed how Roma teenagers were involved in the project Youth in Action but after several years of participation they were left without a possibility to participate again. This was done in order to help them to find their potential inside and understand that they are capable enough to make their own projects. Those young people managed to start initiatives of their first exchange project.  The story of Romas who are advanced in the process of integration were instrumental by understanding that these policies of European institutions and organisations are working. The story was also useful by understanding the situation and potential of Roma people in European society.

The event was closed with the meeting with Mr.EuduardKukan, former Minister of Foreign Affairs of Slovakia and Member of the European Parliament who shared his thoughts and experiences about the Roma integration.Mr.Kukan underlined how the European institutions and EU countries have a joint responsibility to improve the social inclusion and integration of Roma by using all the respective instruments and policies for which they are responsible.In many Member States, Roma represent a significant and growing proportion of the school age population and future workers thus Mr.Kukan underlined the importance of education within the integration process. “It is therefore of crucial importance to invest in the education of Roma children to allow them to successfully enter the labour market.”Access to education is one of the four crucial areas for Roma integration in the context of the Europe 2020 strategy.